(CNN)If you happen to visit the Nevada legislature this week, you’ll witness something this nation has never seen before: A legislative body where a majority of the lawmakers are women.

Female lawmakers now hold 32 of the 63 seats in the Nevada legislature, with 23 women in the state Assembly and nine in the state Senate, according to the National Conference of State Legislatures. That makes the Nevada Legislature 50.8% female, a first for the state and the US.
The women got together for a group photo — complete with corsages — before the 80th Nevada Legislature convened for its first session Monday.
Later, Democratic Assembly Majority Leader Teresa Benitez-Thompson reflected on the progress that has been made. 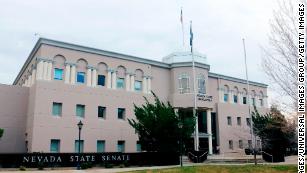