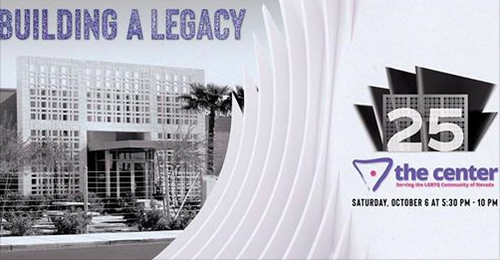 The Gay and Lesbian Community Center of Southern Nevada is proud to announce the 25th Anniversary of service to our community. We will commemorate this special anniversary with our annual Honorarium and invite you to celebrate with a magical evening.

For 25 years, The Center has been the center of the LGBTQ community in Southern Nevada. We are excited to start our next chapter with an Honorarium filled with friends, outstanding honorees, special performances and appearances from Las Vegas’ own superstars.

This landmark year is truly a special year to be part of The Center and we invite you to join us as we celebrate our Silver Anniversary. We encourage you to get your tickets early for a this special event you won’t want to miss. We look forward to a night of celebration of community, allies and progress.